Texas
Back to Case Studies

ClassLink reduces the strain of remote learning for Northwest ISD with access, analytics, and rostering

When Northwest Independent School District in North Texas moved to remote learning because of the pandemic, staff didn’t have to worry about students struggling to log in and access digital programs. ClassLink was well-established as their go-to platform for single sign-on access to apps and resources.

“The ability for ClassLink to get them access to those tools while we weren’t physically there, just allowed us to be very, very successful,” explains Jason Sanders, Director of Instructional Technology.

With students learning at home, teachers were given the ability to use ClassLink’s Teacher Console to personalize the links, apps, and resources they see when they log in. Inside the Teacher Console, they also had quick access to detailed usage analytics to monitor student engagement.

“In the Teacher Console, teachers can see how many times the students logged in and which students haven’t logged in. Teachers get a behind the scenes window of what their children are doing in a remote learning situation,” explains Sanders.

With 25,000 students and a districtwide 1:1 Chromebook program, Cara Carter, the district's Executive Director of Technology says Northwest ISD, is saturated with digital resources. That made consistent, easy access to instructional resources crucial to keeping student learning on track long before remote learning.

"Our engineers have a ton of projects on their plate, and all their projects matter; they all impact kids," explains Carter. "So when they spend a lot of time rostering and making sure that our digital resources are available for our students, it takes their time away from other critical aspects of their job."

Sean Jones, Lead Systems Engineer, says before ClassLink, rostering “was all over the place.” "Now, we're far more consolidated than we were before. I can see all the different applications we're rostering, how we're rostering, and how much data we're sharing. It is a much better solution."

"Before we would have to trade back CSV templates and work with their integration specialist—it took at least a week before we were ready to go. And that's a pretty ambitious timeframe," explains Jones. Now integrating ClassLink with a new resource that also uses the OneRoster standard can happen in a day.

Although the district already had another SSO provider in place, when Carter realized the time and money the district would save, she knew switching providers was the right move.

"It was a no-brainer once we saw the impact it was going to have for the students and the engineers,” explains Carter. ‘In fact, going this route saved our engineers so much time, we didn't need to request funds to hire a full-time systems engineer.

Carter says districts that have invested in digital tools can't pass on ClassLink. "You won't get the usage that you've invested in. I can't imagine, with the amount of money that we spend these days on all of our digital tools, not having ClassLink to help us get them in the hands of students in a timely manner. The ease of access for teachers, leaders, students, and parents has been completely transformational."

"It was a no-brainer once we saw the impact it was going to have for the students and the engineers. In fact, going this route saved our engineers so much time, we didn't need to request funds to hire a full-time systems engineer." 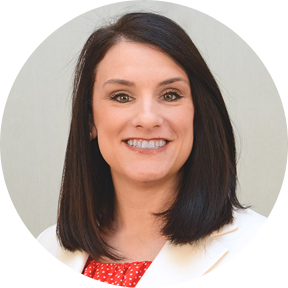 The district needed to reduce the amount of time systems engineers spent on rostering, so students had quick access to digital instruction resources for remote and in-class learning.

As an education-focused solution, ClassLink’s SSO and rostering tools saved Northwest ISD the cost of hiring a full-time systems engineer. The move to ClassLink also made a swift, successful move to remote learning possible when schools closed because of the pandemic.