Florida
Back to Case Studies

The IT staff at Charlotte County Public Schools (CCPS) faced an ever-growing burden when dealing with roster data. Forced to write custom scripts for 30+ vendors, manually upload and download data, manipulate spreadsheets, and copy/paste information between programs, the team was wasting precious time and resources on a task that can and should be automated. In some cases, vendors required different formats and processes to transfer the data. The task was both cumbersome and unsustainable. Ultimately, when a last-minute decision was made to update their Student Information System (SIS), causing a landslide of manual work to be done, district leaders recognized it was time for a change.

District leaders at CCPS ultimately selected ClassLink to help manage their digital resources and rostering, and by mid-2017, rolled it out district-wide. The team spent a few days gathering their files and in just a few days, they were up and running with Roster Server. From those first few days of setup, to ongoing customer support, Roster Server and the ClassLink team behind it has made the jobs of Charlotte’s IT staff that much easier.  Charlotte found a partner in ClassLink that offers best-in-class service and support every step of the way.

Through ClassLink LaunchPad, Charlotte has managed to simplify access to all of its digital resources. With Roster Server, delivering class rosters is now scalable and infinitely easier.  A process that would historically take the district 2 hours each day, now simply requires a 2-minute review. Having Roster Server in place has given the team back hours each day, time they can better spend solving problems instead of writing scripts.

“I had no previous experience with OneRoster. Once you get a grasp of how it integrates with vendors, it’s a no-brainer. Why didn’t we do this 5 years ago!” 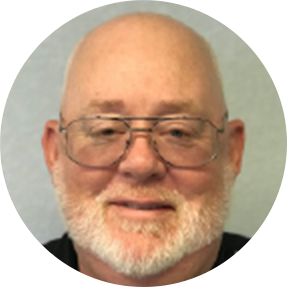 In June 2017, the district selected ClassLink for single sign-on and rostering. Today, the district is saving myriad hours and reducing the many headaches associated with digital resource and class roster management.