Connecticut
Back to Case Studies

Fairfield Public Schools recognized that their teachers and students were poised for a series of transitions including adopting new, digital learning resources and embracing the cloud. These transitions were exciting, but also revealed a number of issues along the way. One of these was the difficulty in allowing teachers and students to access what they needed, on the devices they preferred, without prescribing a specific path.

The desire for flexibility, however, also revealed that making everyone aware of all that was available was going to be a bigger challenge. According to Nancy Byrnes, Director of Technology, “Teachers spend valuable time looking for solutions when we already have products that serve them, and from a security and efficiency perspective, it’s not reliable.”

Fairfield identified in ClassLink a platform that would enable access to every user in the school system, in addition to playing a vital role in the transition from on-premise services to cloud-based applications. This was especially relevant for access to files, since the district needed to get away from the difficulties of VPN connections and provide students with 24/7/365 access.

Fairfield was also excited about ClassLink’s embrace of OneRoster, the open data standard that is helping school districts facilitate the delivery of class rosters with greater speed, accuracy, and efficacy.

Simply stated, the challenges that teachers and students historically faced were no longer an issue. By being able to present resources in a simple, consumable format and making access as simple as a single click, teachers not only save time in the classroom, they have great confidence in using the resources available to them. Students are able to engage with technology in a way never before seen in the district.

“It’s just been a metamorphosis for us as opposed to a big bang. And in the end, it has been an entirely transformative process. Teachers are just so thrilled.” 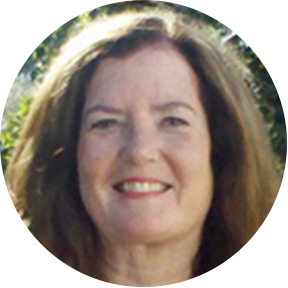 Fairfield Public Schools is a public-school district serving more than 10,000 students on 18 campuses in Fairfield, CT.

Fairfield’s resources were all over the place; the district needed a central location to manage resources while allowing each teacher to adapt at their own pace. “Teachers can embrace change in different ways, some better than others, and we didn’t want to force people to teach in a particular way.”

“ClassLink supported our transition to cloud resources while allowing our teachers to maintain their approach to access and management.”