Wisconsin
Back to Case Studies

For nine years, Neenah Joint School District in Wisconsin has been building a technology ecosystem to support equitable access to education. A learning management system, digital content, educational apps, a district-wide 1:1 program—and now ClassLink's single sign-on, rostering and analytics tools—all work together to support student learning, whether that learning happens at school or at home.

Matt Anderson, the district's Director of Instructional Technology, says a fundamental goal for Neenah is to make the distance between students and educational content as short as possible—even when Wisconsin's winter weather is working against them.

With school being canceled for anywhere from two to eight days over a Wisconsin winter, schools often add minutes to the end of the school day or days to the end of the year to make up for lost time; a practice many see as ineffective.

To solve this problem, last year, the district launched "Digital Learning Days," where students continue their learning at home during snow days. Students use ClassLink’s LaunchPad on their laptops, and with one password can access over 400 digital learning apps—including the district's learning management system where teachers post assignments for students to work on at home.

"Because we had this capacity to provide equitable access to our students, the learning continued," explains Superintendent Dr. Mary Pfeiffer.

State approval for Neenah's Digital Learning Days was due in part to usage data the district gathered through ClassLink. "In the end, because of tools like ClassLink, we were able to provide analytics to the Department of Public Instruction to show that our students were legitimately engaged in learning activities on those digital learning days," explains Anderson. These analytics included which applications were being used, for how long, and by which students.

When Marchionda joined Neenah seven years ago, he managed five services; today that number has ballooned to about 40. And rostering those services has grown complicated.

For example, in some classrooms, only a portion of students use licenses for digital tools provided through title one services. But the entire district receives a license for platforms such as the learning management system. "It's gotten incredibly complex," explains Marchionda, "it’s impossible to ever manage without a tool like ClassLink's Roster Server. It's a godsend."

"The wonderful thing about ClassLink Roster Server is once I set it up under the right parameters, as student enrollments change or student transfers within districts happen, I don't have to touch those," explains Marchionda. Instead, he says Roster Server automatically syncs to larger databases, and that information is translated into the district's licenses and services agreements.

ClassLink enables Digital Learning days for the school district and analytics prove students remain engaged remotely. Since last September, Marchionda says the number of hours students spend logged in to digital learning apps through ClassLink has doubled—both in school and at home. "So our students are using ClassLink outside of school, at home, to access the resources that we're paying for," explains Marchionda.

But what really grabs his attention is that the average cost per user for education apps is down 36 percent from September 2018. He says that's because apps are more accessible to both teachers and students through the ClassLink dashboard.

"Trying to access apps used to be so frustrating that teachers and students would just give up and not use some resources. But with ClassLink there are no login issues, and there’s no wondering about passwords.That adds up to better use of our taxpayers' money, and I'm very proud of that."

"In the end, because of tools like ClassLink, we were able to provide analytics to the Department of Public Instruction to show that our students were legitimately engaged in learning activities on those digital snow days." 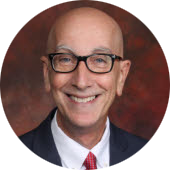 NJSD wanted to improve access to education for all students, provide Digital Learning Days for winter storm closings, and simplify the rostering process.

ClassLink enables Digital Learning Days for Neenah and analytics prove students remain engaged remotely. On top of this, the school district reduced the burden on their IT team with an easy-to-use rostering tool.