Massachusetts
Back to Case Studies

When Haverhill Public Schools was hit by a ransomware attack, having ClassLink in place for single sign-on, rostering, and provisioning helped them get teachers and students back to learning in just 24 hours.

In the dark, quiet hours of an early spring Massachusetts morning, Haverhill Public Schools was struck by a ransomware attack. The attackers encrypted the data on the district’s virtual servers, shutting the entire district down and locking 8000 students and 800 teachers out of the tools and resources they’d been using for both remote and hybrid learning.

Instead of paying the ransom to restore access to their data and servers, the district turned to ClassLink. Haverhill had already been using ClassLink for over two years as their single sign-on, rostering, provisioning, and analytics solution.

Brian Nagel, Assistant Director of Technology, says they quickly realized they didn't need to restore 100 percent of everything to get users back up and running.

“Because we use ClassLink as that single point of entry for folks. We just needed to spin up our authentication and spin up our rostering. If we could get those two pieces going, then we could resume school. And that became our game plan.”

With cloud-based versions of those servers set up offsite through ClassLink for redundancy, the district was back up and running within 24 hours.

“By the end of the day, we were able to restore those systems, make sure they were clean, and up and running so we could actually host school again Friday,” says Nagel. “So all in all, we had a ransomware attack on a Wednesday, and we only lost one day of school.”

“We are thankful that we use ClassLink as a platform because that enabled us to get up and running quickly,” he explains.

Doug Russell, Director of Technology, says he’s thankful they never had to communicate with the ransomware attackers or even think about trying to pay them. Instead, they just restored their servers from their ClassLink backups and got back to learning.

He cautions other districts that with ransomware attacks on the rise, it’s not a matter of if your district will be hit with a ransomware attack, but when. Districts need to make sure they’re as prepared as possible to handle that attack, and having ClassLink is a great place to start.

Download PDF



“We are thankful that we use ClassLink as a platform because that enabled us to get up and running quickly.”
Brian Nagel
Haverhill Public Schools 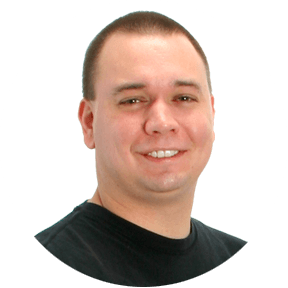 The district was hit by a ransomware attack that took out their virtual servers, halting remote learning.

With cloud-based versions of those servers set up offsite through ClassLink for rostering and authentication, the district was back up and running within 24 hours.