It Takes a Village, but the Village Needs Wi-Fi 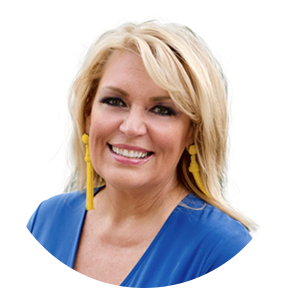 The proverb, “It takes a village to raise a child,” has more relevance in 2020 than ever before. The 2020 village, in all its modern splendor, is raising children in a connected and digital world that requires more than food, clothing, and shelter. It requires a new and necessary utility—access to the Internet. This is especially true as the COVID-19 pandemic gives us a wide-angle view through our equity lens and shows us the digital divide's true expanse.

Bridging the access and equity gaps in modern education is a significant challenge for school districts nationwide. Typically, school districts have borne the brunt of connecting students to Wi-Fi and ensuring they have adequate digital tools for learning. Unfortunately, while digital resources are plentiful in most school districts, access to the Internet is not.

Fortunately, people across the country are coming to the table to solve these issues.

It is estimated that 110,000 Chicago students lack access to broadband. In response to the lack of access, Chicago Mayor, Lori Lightfoot, announced a new program to provide students with at-home Internet connections through the Chicago Connected program. This program offers free wired Internet to students for up to four years, and mobile Wi-Fi hotspots to students in temporary living situations. The program will be funded mainly by government dollars and philanthropy from individual donors and community organizations.

The first two years of the program will be supported by $5 million in funding through the Coronavirus Aid, Relief, and Economic Security (CARES) Act via the City of Chicago. Chicago Public Schools is slated to fund the program in its third and fourth year.

Longtime Chicago residents, Michelle and Barack Obama are among those endorsing the program. The Obamas, along with the MacArthur Foundation and the Chicago Community Trust, donated $750,000 to the program.

Nearly 1000 miles south of Chicago, Texas Governor Greg Abbott is also working on the digital divide. Abbott teamed with the Texas Education Agency to launch Operation Connectivity, an initiative to provide all Texas students with a high-speed Internet connection. This initiative is led by The Operation Connectivity Task Force, which will gather critical information to determine which children in the state do not have Internet access and/or home devices. The task force will also document best practices, identify and secure technology solutions for broadband and devices, and develop actionable playbooks for districts across the state.

Districts, such as the Port Angeles School District, in the state of Washington, are implementing an idea created by innovative former Superintendent Darryl Adams from Coachella Valley, California. Adams implemented the concept of putting Wi-Fi on buses and strategically parking those buses in areas that do not have Wi-Fi access. This idea was highlighted by President Obama during the rollout of the Future Ready Plan in November 2014. Six years later, districts across the country are parking Wi-Fi-equipped buses in “Wi-Fi-deserts” (areas lacking affordable, high-speed Internet) and providing students with much-needed access to the Internet.

Other districts are purchasing Wi-Fi plans and hotspots from companies such as Kajeet, or helping families access free Internet and devices through programs such as EveryoneOn.

While school districts and communities are tackling the connectivity problem in various ways, the silver lining in the COVID-19 cloud is that they are addressing the digital divide together. “It takes a village to raise a child,” this sentiment is just as true in 2020 as it was the first day it was spoken.