Frustrations where high across the school system. The district had an existing single sign-on system but it was slow and unreliable. The current system bottlenecked at 1,000 users.

The district knew that it could not continue with its existing single sign-on system and began a search for something new. Several options were considered and a trial began.

‍ClassLink was installed in under an hour.

From the beginning, the ClassLink team was responsive and developed all the single sign-on links that were needed, with no extra cost.

Even during the trial, the district was able to get many times more students and teachers to use ClassLink than the existing SSO system the district was paying for. By the time the school district issued the purchase order to purchase ClassLink, there was more than 13x the number of daily logins.

Within days, ClassLink created all the needed SSO connectors the district needed, including PowerSchool, Schoology, BrainPOP, and Think Central.

Download PDF



“We chose ClassLink to solve a capacity issue with our previous SSO provider. They solved our capacity issue and increased our offering to students and staff. Our daily logins went up by over 1000%”
Robert Sexton
Olentangy Local Schools 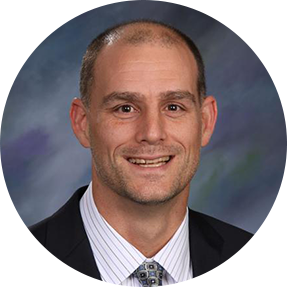 Olentangy was struggling with its existing single sign-on system. A new option was needed.

In September of 2015, just as the school year began, the district’s existing SSO system was buckling under the pressure of back to school. The choice to use ClassLink became crystal clear after a very successful trial wherein ClassLink handled 13x the number of users as the previous system.